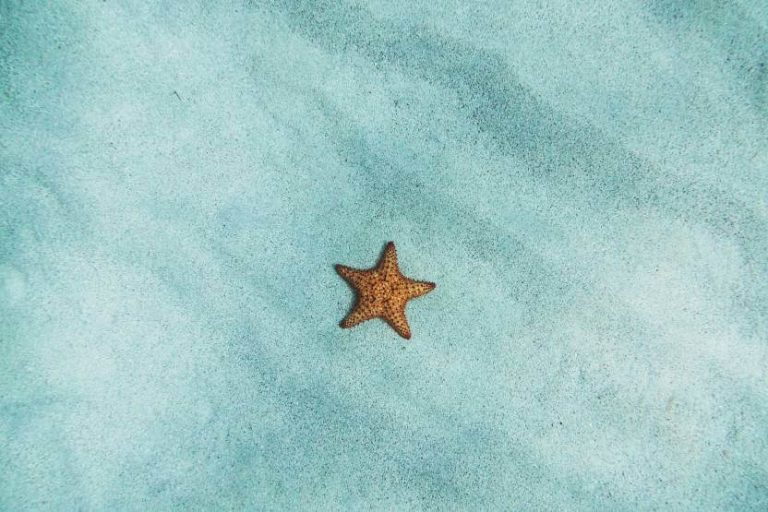 A Complete Guide To Omega 3: Health Benefits, Side Effects, And More

Omega 3 fatty acids are essential for the body because they help decrease the risk of heart disease, stroke, and other problems caused by high blood pressure or cholesterol. We can find these essential fatty acids in plant-based oils and meats, and supplements.

Good fat like Omega 3 is an integral part of a balanced diet. Fat is a vital addition, whether you follow a vegan, paleo, or omnivore diet.

Many foods contain fats that contribute to their flavour and texture. However, on a much deeper and molecular level, fats are essential to several crucial functions in our bodies.

Did you know that certain fats can help lower your cholesterol and risk of cardiovascular disease? Omega-3 fatty acids are also essential macronutrients for maintaining your whole-body health.

Continue reading to discover the best sources and the benefits of Omega-3.

Is Omega-3 a Vitamin?

No, omega 3 is not a vitamin. It is an omega-3 fatty acid, which is polyunsaturated fat.

Our bodies cannot produce omega 3, so it is considered an essential nutrient in the same way some vitamins are considered essential.

What Are Omega-3 Fatty Acids?

Omega-3 fatty acids are one sort of essential fatty acid that plays a vital role in your body and may provide a variety of health benefits.

Because your body cannot produce them, you must consume them through your diet.

The three most important types of Omega-3 are:

ALA is found primarily in plants, whereas DHA and EPA are found mainly in animal foods and algae. Fatty fish, flax seeds, fish oils, chia seeds, and walnuts are high in omega-3 fatty acids.

To learn more about the distinctions between fish oil, algae oil and flaxseed oil, read our comprehensive article.

An omega-3 supplement, such as algal oil or fish oil, is perfect for those who don’t consume enough of these foods.

The Difference Between Omega-3 And Omega-6

Omega-6 fatty acids, like omega-3s, are polyunsaturated fatty acids. However, the last double bond is six carbons from the omega end of the fatty acid molecule.

Omega-6 fatty acids are also required, so you should include them in your diet. They are primarily responsible for energy production. Linoleic acid is the most common omega-6 fat, and the body can convert it to longer omega-6 fats like arachidonic acid.

Pro-inflammatory eicosanoids are essential components of the immune system. However, when the body produces too many, it increases the risk of inflammation and inflammatory disease.

The Importance of the Omega 3 to Omega 6 Ratio

The ideal ratio of omega-3 to omega-6 is thought to be 1:1, but the average western diet is more like 1:20 due to the high consumption of vegetable oils and processed meat. 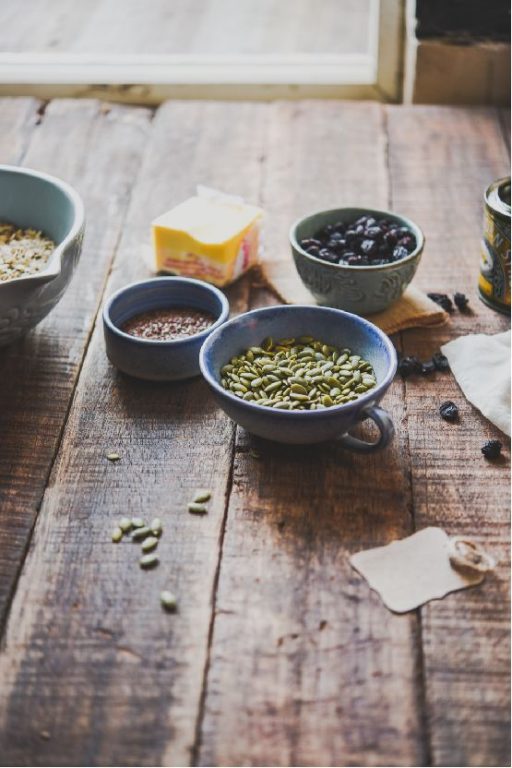 Omega-3 fatty acids are naturally found in some foods and are added to some fortified foods. You can get enough omega-3s by eating a variety of foods.

While many types of seafood contain traces of omega-3 fatty acids, fatty fish have the highest concentrations and appear to be most beneficial for heart health.

Did you know that depression is one of the most common mental illnesses globally? Symptoms include despair, tiredness, and an overall lack of enthusiasm for life.

Another common disorder is anxiety, described as a constant state of concern and nervousness.

Studies have shown that people who consume omega-3s regularly are less likely to be depressed.

ALA, DHA, and EPA are the three different types of Omega-3. However, in terms of combating depression, EPA appears to be the most advantageous of the three.

In a study, EPA was found to be as effective against depression as a commonly used antidepressant drug.

DHA is a necessary structural element of the retina.

You might suffer from vision problems if you do not consume enough DHA.

Strikingly, sufficient omega-3 dosage has also been associated with a lower risk of eye disease, which is one of the leading causes of irreversible eye damage and blindness worldwide.

3. Can Maintain a Healthy Heart

Researchers discovered decades ago that fish-eating populations had substantially lower rates of strokes and heart attacks. This has been later linked to the consumption of omega-3 fatty acids.

Omega-3 fatty acids have since been linked to a variety of heart-health benefits.

4. Can Reduce Symptoms of Metabolic Syndrome

A metabolic syndrome is a collection of symptoms that include high blood pressure, high triglyceride levels, central obesity (also known as belly fat), and insulin resistance.

It is a major health concern since it increases your risk of developing other heart disease and diabetes illnesses.

Did you know you can increase inflammation by eating certain foods?

Inflammation is critical to your health since it is your body’s natural response to infections.

Inflammation, unfortunately, can last for a long time, even without an injury or infection—so-called chronic (or long-term) inflammation.

Chronic inflammation has been linked to almost every recurring Western disease, including heart disease and cancer.

Remarkably, omega-3 fatty acids may reduce the production of inflammatory molecules and substances such as inflammatory eicosanoids and cytokines.

Some studies linked the increased omega-3 intake and decreased inflammation.

In autoimmune diseases, your immune system misidentifies healthy cells as foreign and attacks them.

One prominent example is type 1 diabetes, in which your immune system attacks the insulin-producing cells in your pancreas.

Some of these diseases can be prevented by consuming omega-3 fatty acids, which may be especially important during childhood.

According to research, having enough omega-3s within your first year has been associated with a reduced risk of several autoimmune conditions, including type 1 diabetes, autoimmune diabetes, and multiple sclerosis.

Low omega-3 levels have been found in people suffering from psychiatric disorders.

8. Omega-3s Can Reduce Symptoms of ADHD in Children

ADHD is a behavioural disorder characterized by a lack of attention, hyperactivity, and impulsivity.

Some studies found that children with ADHD have reduced blood levels of omega-3 fatty acids than their healthy peers.

Besides this, research shows that omega-3 supplements can aid in the reduction of ADHD symptoms.

The omega-3 fatty acids help with concentration and task completion. They also help with hyperactivity, impulsivity, restlessness, and aggression.

According to researchers, fish oil supplements have recently been discovered to be among the most favourable treatments for ADHD. 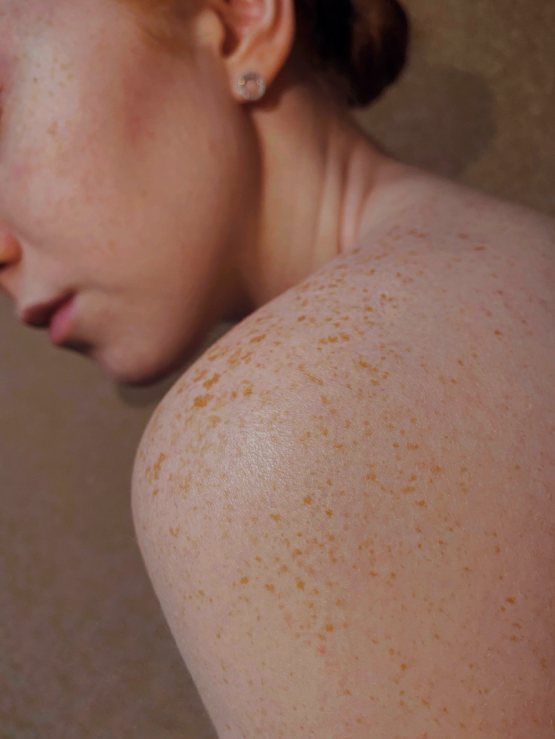 DHA is a part of the structure of your skin. Therefore, it is crucial to the health of cellular membranes, which make up a significant part of your skin.

EPA is also good for your skin in several ways, including:

Enough sleep is one of the pillars of good health. Sleep deprivation has been linked to various diseases, including obesity, diabetes, and depression.

Insomnia in kids and sleep apnea in adults have been linked to low omega-3 fatty acid levels.

Omega-3 supplementation increases the length and quality of sleep in both children and adults, according to research.

Menstrual pain usually starts in the lower abdomen and pelvis and spreads to the lower back and thighs.

It has a significant impact on your quality of life. However, studies show that women who consume the most omega-3 fatty acids have less menstrual pain.

In one study, an omega-3 supplement was more effective than ibuprofen in treating severe pain during menstruation.

Osteoporosis and arthritis are both common skeletal system disorders.

According to research, omega-3 fatty acids can improve bone strength by increasing the amount of calcium in your bones, leading to a lower risk of osteoporosis.

DHA makes up 60% of the retina of your eye and 40% of the polyunsaturated fatty acids in your brain.

Getting enough omega-3 fatty acids during pregnancy has been linked to a slew of advantages for your child, including:

Suppose you are currently taking any of the following medications. In that case, you should not take omega-3 fatty acid supplements such as eicosapentaenoic acid (EPA), docosahexaenoic acid (DHA), or alpha-linolenic acid (ALA) without first consulting your doctor.

Is it good to take Omega 3 every day?

Yes, it is good to take Omega 3 every day. Omega-3 is an essential fatty acid that our body needs but cannot produce on its own.

How Much Omega-3 Per Day Is Safe?

Several mainstream health organizations have issued their expert opinions, but they differ greatly.

Overall, most of these organizations recommend a daily intake of 250–500 mg of combined EPA and DHA for healthy adults.

On the other hand, higher doses are frequently recommended for specific health conditions.

According to the Food and Drug Administration (FDA), omega-3 supplements containing EPA and DHA are acceptable if the daily dose does not exceed 3,000 mg.

On the other hand, The European Food Safety Authority (EFSA) states that up to 5,000 mg per day of supplements is safe.

How long does it take for omega 3 to have an effect?

Are There Negative Effects With Omega-3 Fish Oil?

These warnings are in place for a variety of reasons. For example, omega-3 fatty acids have been linked to blood thinning or excessive bleeding in some people.

As a result, many organizations advise people about to undergo surgery to discontinue taking omega-3 supplements 1 to 2 weeks beforehand.

Vitamin A can be toxic in high doses, and some omega-3 supplements, such as cod liver oil, are high in Vitamin A.

Is Mercury Contamination More Harmful Than The Health Benefits of Eating Fish?

The researchers discovered no conclusive evidence that low-level mercury exposure from seafood consumption was harmful to adults’ health. Still, they did find that mercury may reduce the cardiovascular benefit—but not cause net harm—of eating some fish.

What to Look For in Omega 3 Supplements

When looking for an omega 3 supplement, it is important to check the label to see how much omega 3 is in each capsule or softgel. If you are vegan, algae oil supplements provide the same benefits as fish oil.

It is also important to check that the supplement does not contain gelatine or carrageenan. Gelatine is not vegan-friendly, and carrageenan has its own drawbacks as it can cause inflammation and lead to digestive illnesses. While we are on the subject – make sure to check our new guide on gut health.

The best omega 3 supplements are sustainably sourced, are contaminant-free, has no artificial fillers, and have a high percentage of omega 3 DHA.

Are Omega 3-6-9 Supplements Good for You?

This is a bit of a debate on this subject. Please see our take on Omega 3-6-9 in our dedicated article.

Is There a Vegan-Friendly Omega 3 Supplement?

If you don’t eat fish for dietary or personal reasons, you can still reap the benefits of fatty acids (like Omega-3) in your diet or take vegan-friendly supplements.

You can meet your needs without eating seafood by incorporating a few omega-3-rich foods into your diet or opting for a plant-based supplement.

Omega-3 fatty acids are essential for good health. The best way to ensure adequate omega-3 intake is to consume them in whole foods, such as fatty fish, twice a week.

If you don’t eat fatty fish, you might want to think about taking an omega-3 supplement. This is a low-cost and highly effective way to improve health for people deficient in omega-3 fatty acids.