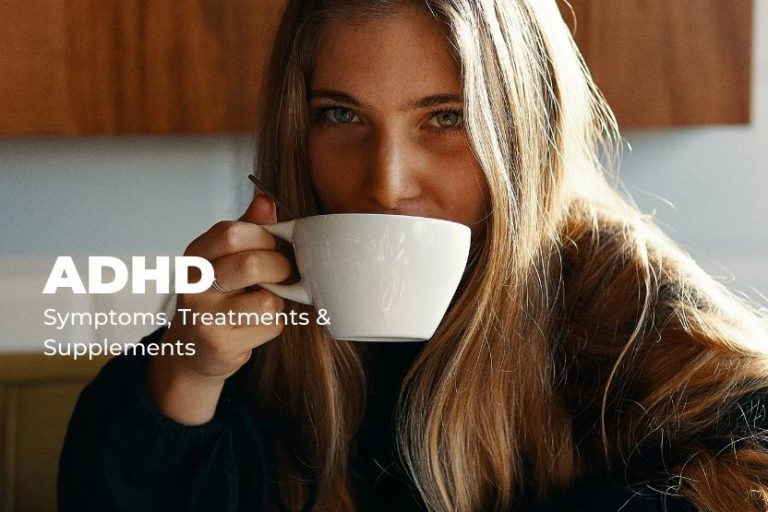 Attention Deficit Hyperactivity Disorder (ADHD) has traditionally been associated with children, especially young boys. In the UK, a research survey of 10 438 children between the ages of five and 15 found that 3.62% of boys and 0.85% of girls had ADHD.

More recently, there has been an increase in the number of adults diagnosed with ADHD across the world. Although there are no official figures for the UK, academic studies suggest up to 204,000 British adults could benefit from treatment. This makes ADHD the most common behavioural disorder in the country.

But what is ADHD and what causes it? Can supplements help alleviate the symptoms, and if so, which ones should you take?

In this article, we will take a look at the prevailing science to understand this often misunderstood, misdiagnosed and at times debilitating disorder.

We all have times when it’s challenging to sit still, pay attention or control impulsive behaviour. But when these problems become so pervasive and persistent that it interferes with the ability to function effectively in daily life, physicians would look at whether you have ADHD.

ADHD is a chronic developmental neuro-behavioural disorder found in children and adults. It is characterised by a persistent pattern (at least six months) of inattention and/or hyperactivity-impulsivity). These behavioural problems can directly and negatively impact a person’s occupational, academic and social functioning.

Although symptoms are most evident in mid-childhood (before 12), the condition is only diagnosed much later for many.

Although it’s not always the case, people with ADHD may also have signs of other problems or conditions. These include anxiety disorders, depression, autistic spectrum disorder, dyspraxia, epilepsy, conduct/antisocial disorder, oppositional defiant disorder, Tourette’s syndrome, and learning difficulties such as dyslexia.

We use the global International Classification of Diseases (ICD-11) for physical and mental illness in the UK. The ICD-11, published by the World Health Organisation (WHO), came into effect early in 2022. In it, ADHD is now a diagnosable disorder.

According to The Royal College of Psychiatrists:

When looking at the symptoms of ADHD, there are two broad types of behavioural problems: inattentiveness and hyperactivity-impulsivity. Let’s look closer at these two symptoms as defined by the ICD-11.

Inattention refers to significant difficulty in sustaining attention, distractibility and problems with organisation. These are some of the most common symptoms:

Hyperactivity refers to excessive motor activity and struggling to remain still, especially in structured situations. These are the most common symptoms:

According to the NHS, around two to three out of every ten people with ADHD will have trouble concentrating and focusing but don’t show signs of hyperactivity or impulsivity. 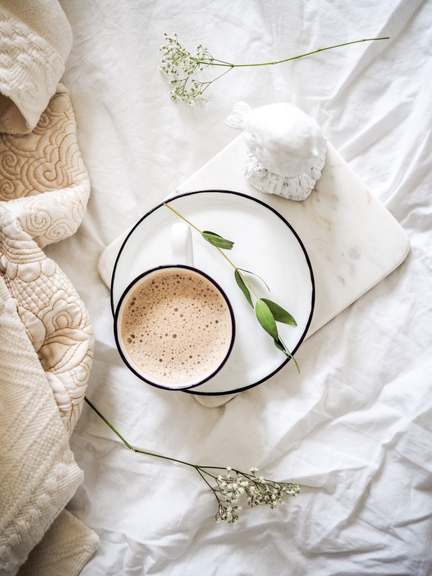 Although environmental and social factors are thought to play a role, research points to ADHD as ‘running in families’ and is largely a genetic disease passed down through generations.

Researchers published in Nature Genetics analysed data from more than 55 000 individuals (20 183 had been diagnosed with ADHD). They identified 12 gene regions that were linked with ADHD and likely affect the central nervous system. It was noted that among all the causes that can lead to ADHD, genetic factors account for between 70% and 80%.

Increasingly, researchers are finding that environmental factors and genetics may play an essential role in causing ADHD. These include exposure to lead, organophosphates, polychlorinated biphenyls, and artificial food colourings.

Other external factors contributing to ADHD are being born prematurely and underweight or suffering from developmental problems, such as brain injury or foetal alcohol syndrome.

Research has also shown that inadequate nutrition could play a role. For example, those with ADHD have been found to have reduced levels of vitamin D, zinc, iron and magnesium – nutrients that play important roles in neurologic function.

The WHO IDC-11 defines the three types of ADHD.

According to a 2020 study published in The Lancet, ADHD diagnoses are on the up, and the global prevalence currently stands at an average of 5%. Furthermore, they found that ADHD often persists into adulthood and is a risk factor for other mental health disorders and adverse outcomes. These include underachieving in education and having difficulties with relationships and employment.

Doctors are often untrained in the assessment and diagnostic tools needed to evaluate adults with whom ADHD is suspected, and there is little consensus on whether the symptoms in childhood mimic those in adulthood.

Is ADHD A Disability?

ADHD is considered a disability in the UK if the condition has a substantial and long-term negative effect on a person’s ability to carry out day-to-day activities.

However, there is a movement toward recognising and respecting neurological differences in those labelled with ADHD, autistic spectrum, dyslexia, dyspraxia, Tourette’s Syndrome and others.

It has given rise to the neurodivergent movement that recognises people process information differently. As such, ‘neurodiversity’ is not framed as a disability, problem or illness.

According to the United Kingdom charity ADHD Aware, 30–40% of the population are neurodivergent (as opposed to neurotypical), and around 8% of UK citizens have ADHD.

ADHD Medication Prescribed In The UK

In the UK, medication is often used alongside behavioural or psycho-social therapies to alleviate and manage ADHD symptoms in children and adults. The medicines are not a permanent cure but help with concentration, impulsivity, lessening anxiety and learning.

Supplements For Adults With ADHD

Supplementation for adults with ADHD is similar to those for children. It just comes down to the dosage. Before you jump in and self-medicate, we recommend you discuss possible deficiencies and supplementation of nutrients essential to brain health with your GP.

One supplement adults could look into is cannabidiol (CBD). A 2020 study found that supplementing with high doses of CBD was associated with lower ADHD scores which included lessened anxiety and reduced reliance on medication.

Natural Supplements For ADHD In Children

Several studies have shown that children with attention-deficit hyperactivity disorder have reduced blood plasma levels of various minerals, such as magnesium, iron, and zinc. It is suggested that supplementing with these, as well as polyunsaturated fatty acids (PUFAs), could reduce ADHD symptoms in those who are deficient.

Zinc supplementation – along with traditional treatment – has been shown to help children who are deficient in the mineral manage their symptoms better. For example, several studies have shown a drop in impulsivity and hyperactivity in children who received zinc supplements.

Iron is crucial for normal brain function. Low iron levels have been shown to contribute to ADHD, and supplementing this mineral could be considered a first-line treatment for children with ADHD who also have an iron deficiency.

Much research has been done on low levels of omega-3 fatty acids and people suffering from ADHD. Omega-3 polyunsaturated fatty acids are vital for communication between brain cells and for protecting brain tissue.

According to these studies, supplementing with omega-3 fatty acids could improve symptoms of ADHD, leading to being able to focus better, pay more attention, and improve memory.

Other reports have additionally shown that children who were being treated with methylphenidate and took omega-3s at the same time needed lower doses of the stimulant medicine to achieve the same positive effect.

A study on magnesium deficiency in children with ADHD found that 72% of participants were deficient in this vital mineral.

Being deficient in magnesium affects cognitive ability and processes. These include a reduced attention span, along with increased aggression, fatigue and lack of concentration.

Other common symptoms of magnesium deficiency include being irritable and prone to nervousness and mood swings.

Medical professional writing in Additudemag noted that he finds magnesium helpful for children who suffer from a rebound effect after their stimulant medication wears off. He says children can safely take 100 – 300 mg of elemental magnesium in the form of magnesium glycinate twice daily (glycinate is preferred over magnesium citrate, which tends to cause loose stools).

Homoeopathy does indeed hold promise for treating individuals with ADHD. A recent meta-analysis showed a statistically robust and clinically relevant effect in the treatment of ADHD.

Homoeopathy is a method of treatment that uses the ancient law of similars: “Let like be cured by like.” Homoeopathy is a strictly individualised treatment protocol during which the practitioner matches the patient’s symptoms with the exact homoeopathic drug profile that includes a long list of potential natural remedies.

The authors of the study agree that although more research needs to be done, homoeopathy has excellent potential for treating ADHD when used in conjunction with appropriate therapies.

Do Supplements Work For ADHD?

A study published in Nutritional Neuroscience showed that ADHD is related to low levels of some neurotransmitters in the brain. Vitamins and minerals are crucial in helping the body make those important neurochemicals.

Research data for this study was collected as part of the Micronutrients for ADHD in Youth (MADDY) Study. This research examined the efficacy of a 36-ingredient vitamin and mineral supplement to treat symptoms of ADHD and poor emotional control in 134 children aged six to 12.

The MADDY study showed that children who took the micronutrients were three times more likely to show significant improvement in their ADHD and emotional dysregulation symptoms than those who took a placebo.

Suppose you feel that you or your child is suffering from five or more of the ADHD symptoms described above and for longer than six months. In that case, we recommend you discuss your options with your GP, who will refer you to a psychiatrist or paediatric service for an ADHD diagnosis.

The Royal College of Psychiatrists offers an excellent list of resources, support groups and recommended reading to help those who want to explore ADHD in their own time.

By accepting an ADHD diagnosis and tapping into the personality strengths that come with it, along with informed choices in supplementation, you can manage the symptoms and live a happy, healthy life just as everyone else does.