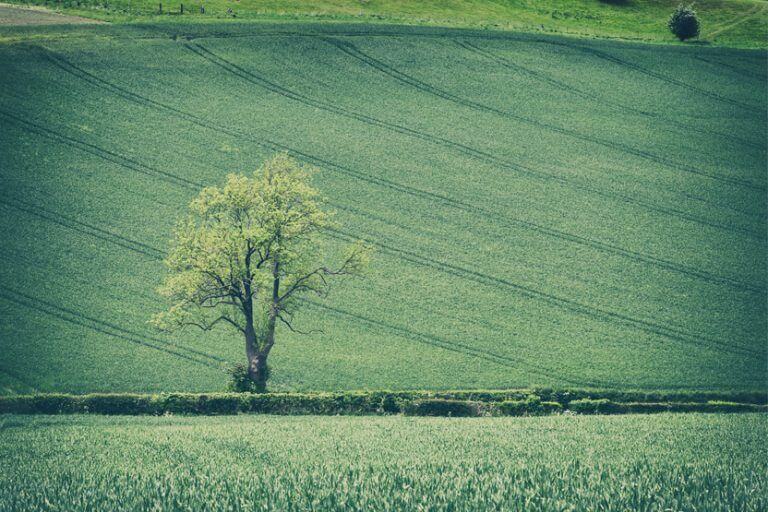 Magnesium is a mineral that is essential for both health and fitness. It can help to improve overall energy levels, muscle function, and nerve function. Additionally, Magnesium can help reduce the risk of heart disease and stroke and relieve anxiety and stress. Magnesium is an essential part of our diet that our body requires to function correctly.

However, like any other mineral, Magnesium also has its side effects and benefits. It is essential to be aware of these before taking magnesium supplements or using magnesium-rich foods.

What foods naturally contain necessary amounts of the nutrient, what are the benefits of Magnesium, and what happens if we don’t get enough of it?

In 1618, Henry Wicker, a farmer living in the town of Epsom, brought his cattle to a drinking hole in the middle of a drought. The water looked clear, but the cows refused to drink it. After trying it for himself, Wicker discovered why: the water was extremely bitter. However, the water revealed medicinal properties despite its bitter taste: it served as an effective laxative, and soaking in it could help treat sores. Wicker turned the waterhole into a spa, and travellers came from miles in all directions to receive the treatment promised by the Epsom salt.

Epsom salt is still used for medical purposes today. The World Health Organization lists it on their Model List of Essential Medicines. The technical name for the salt is magnesium sulfate, though that name didn’t come until later as elemental magnesium wouldn’t be discovered for nearly 200 years.

Magnesium as an element

It wasn’t until the early 19th century that chemist Humphry Davy isolated magnesium into its elemental form.

While it is stable as a compound, magnesium is volatile when isolated. Once ignited, it produces a bright white light with powerful UV rays capable of causing permanent eye damage. If it ignites, it produces fires that can be difficult to put out, as typical methods for extinguishing flames only make things worse: Carbon dioxide, typically used to smother gas, will react with magnesium to produce heat, thus fueling the fire, and water reacts with magnesium to form the extremely flammable hydrogen gas.

As dangerous as magnesium is in its elemental form, it is beneficial, and even essential, to our health when part of a compound. Our bodies only contain about 25 grams of magnesium at any given time, with the majority of it in our bones, most of the rest in soft tissue, and almost none in our blood, which is where we typically measure it from.

Magnesium contributes to several processes in the body and is an essential component of over 300 enzyme systems that contribute to DNA and RNA synthesis, muscle and nerve function, blood pressure regulation, and cellular energy production. As such, magnesium deficiency is a serious concern and can lead to cardiovascular disease, diabetes, and osteoporosis.

Fortunately, it’s not difficult to get your daily requirement of magnesium, as it is in many of the foods we eat and safe in supplemental form, as long as recommended dosages are not exceeded.

Magnesium is generally found in green, leafy vegetables such as spinach but can also be found in fortified breakfast foods, such as cereal. Peanuts, cashews, almonds, soymilk, and black beans are also good sources of magnesium. As a general rule of thumb, foods containing a lot of fibre also tend to have high magnesium content.

Human bodies only absorb 30 to 40% of consumed magnesium, so it may be necessary to supplement. However, be wary as not all magnesium compounds perform equally. Compounds that dissolve in liquids and those that are carbon-based tend to be absorbed better, with one study noting that magnesium citrate is the one that the body absorbs best and magnesium oxide performs no better than placebo, at least in terms of raising measurable levels in the blood serum.

Some antacids and laxatives also use magnesium compounds as their active ingredients — notably Milk of Magnesia (magnesium hydroxide) — so exercise caution when combining these types of medicines with a daily supplement and always read the labels.

What is Magnesium Good For?

Our bodies only have about 25 grams of magnesium in them at any given moment or less than .1% of our mass. But that small amount does a hefty amount of work. Magnesium is essential to cellular energy production — adenosine triphosphate (ATP) can’t function unless it’s bound to a magnesium atom. In addition, DNA can’t synthesize without magnesium since virtually every step in the DNA replication process requires the element, as does the process for repairing damaged DNA.

Magnesium is a necessary component for allowing potassium and calcium ions to move between cell membranes, which relates to regulating our heart’s rhythm, sending nerve signals, and contracting muscles. In other words, every beat of our heart thought in our mind, and movement we make depends on magnesium.

Magnesium also helps control the cell replication process, including apoptosis, which prevents cells from becoming cancerous. It is not an exaggeration to say that we could not survive without that small amount of magnesium in our body. In fact, over 300 enzyme systems in the body require magnesium in order to function.

Meta-analyses of large-scale studies have lent strong evidence to the notion that proper magnesium supplementation can help prevent several diseases and conditions — some of which are life-threatening — with varying degrees of efficacy.

There is strong evidence to suggest that proper magnesium levels can decrease the risk of cardiovascular diseases, courtesy of extensive, long-range studies with statistically significant results. In one 12-year study, participants with the highest levels of magnesium were almost 40% less likely to die by cardiac arrest. Systematic reviews, in which researchers look at results across many large-scale studies, confirm that, overall, magnesium improves heart health and decreases the risk of death from heart-related illnesses.

Other studies have similarly found links between strokes and insufficient magnesium, noting that an increase of 100 mg/day of dietary magnesium could decrease stroke risk by 8-9%

Adequate magnesium intake is also essential for preventing osteoporosis. Magnesium is an integral part of bone formation — most of the magnesium in our body exists in our bones — so a deficiency weakens bones directly. It also affects bone formation by reducing the secretion of parathyroid hormone and, in turn, conversion of vitamin D into a chemical the body can use. Both of these are involved in regulating calcium deposits and affect bone strength. Magnesium supplementation may offer relief to those suffering from migraine headaches, though this isn’t definitive.

Magnesium for depression – does science support the effects?

Several placebo-controlled studies have found that magnesium supplements decreased reports of headaches. Still, the results aren’t consistent across the studies, and there are many other factors that contribute as well.

Some recent studies have found a positive result for magnesium decreasing depression, though these studies often suffer from small size, short timeline, and sometimes no control group, which make it difficult to draw any meaningful conclusions. A review of the literature found conflicting results and, as is common, noted that more research is needed. Similarly, though some studies have suggested a link between low magnesium levels and anxiety disorders, definitive evidence is lacking.

It would make sense for magnesium deficiencies to have far-reaching effects on our body, as it is essential to so many processes, often in more than one way. However, the lack of an accurate test for magnesium levels is one of the difficulties in conducting these experiments. There are theoretical reasons for believing that low magnesium may contribute to depression and fatigue, but researchers haven’t found the smoking gun to definitively demonstrate that this is the case.

Moreover, due to decreases in crop magnesium contents, chronic diseases, medications, and the consumption of refined and processed foods, the majority of people in modern societies are at risk for magnesium deficiency.

Self-reported surveys indicate that people in Europe and the United States aren’t getting enough magnesium in their diet. Guidelines for the appropriate level of dietary magnesium are given based on age, gender, and whether or not the person is pregnant or lactating. Adult men are recommended about 400 mg of magnesium per day, while the number is around 300 mg for women. Pregnant or lactating adults split the difference, and 350 mg per day is recommended. Absorption rates differ from compound to compound and vary with age, so adults may need to consume slightly more magnesium as they get older to compensate for that.

People who practice time-restricted feeding, such as intermittent fasting (16:8, for example), might need even more magnesium and other electrolytes as they are not getting a consistent stream of electrolytes into their bodies.

Too much magnesium, known as hypermagnesemia, can lead to digestive issues, including cramps and diarrhoea and nausea. As laxatives and heartburn medicine often uses magnesium compounds as an active ingredient, take care when using these alongside a supplement.

Extended megadosing of magnesium can be fatal and the scientific literature is replete with case studies documenting the conditions and symptoms that led to these deaths, such as cardiac arrest, difficulty breathing, or low blood pressure. In many cases, these were young children given very high doses without input from a paediatrician; however, kidney failure may also contribute to hypermagnesemia, as can administering the nutrient in enema form.

While magnesium compounds can offer relief from constipation, it’s best to avoid administering it through an enema where it can’t be filtered through the kidneys first. This can result in excess absorption, leading to hypermagnesemia even in small amounts.

Our bodies only have a small amount of magnesium at any given time. Still, that small amount is essential to our everyday life, as it aids in processes that range from RNA and DNA replication to bone development to energy production. However, due to the limited concentration in our blood serum, it can be challenging to detect magnesium deficiencies through blood tests alone, and many cases may remain undiagnosed.

A proper diet of leafy green vegetables and whole grains can reduce the risk of magnesium deficiency. Still, as absorption rates vary from person to person and compound to compound, supplementation may be necessary even for those who eat a balanced diet.

Evidence suggests that improper magnesium levels can increase your risk of heart disease and diabetes if you don’t have enough, and low blood pressure and cardiac arrest in the rare case of taking too much. Since many laxatives and heartburn medications have high amounts of magnesium in them, exercise caution when combining them with a magnesium supplement.

The risk of toxicity for magnesium is generally low. There are indications to suggest that, on average, people may not be getting enough in their diet, and supplementation may be necessary. There are many different magnesium forms to choose from, but studies have found that our bodies generally absorb magnesium citrate and magnesium glycinate the most efficiently.