Coenzyme Q10 Benefits and Side Effects

Q10 may not be as well-known as other vitamins and minerals, but it is essential to health, and a deficiency leads to myopathy and muscle weakness. So, how can you ensure that you avoid Q10 deficiency? Are there benefits to supplementing with Q10? And how can we ensure that we get the Q10 we need?

Q10 goes by many names: CoQ, coenzyme Q, ubiquinone, or UQ, among others, but whatever you call the molecule, it’s essential in energy production, fueling the mitochondrial reaction responsible for aerobic respiration. As such, it can be found throughout the body, particularly in areas demanding large amounts of energy, such as the heart, liver, and pancreas. Along with helping to provide energy, Q10 is also a lipid-soluble antioxidant, meaning it protects cell membranes from oxygen damage.

Q10 is not strictly a vitamin, as it is synthesized by the body, but it is similar to one in terms of its necessity for proper health and is even sometimes referred to as “Vitamin Q.” It was first isolated in 1955 by G. N. Festenstein, who noted that this same molecule could be found in pigs, horses, and rats. Its main function was determined by Frederick L. Crane, who described it as a shuttle that moves electrons and protons between various complexes in electron transport. He noted that the discovery was among the final pieces in understanding the whole mitochondrial electron transport, the process by which electrons are transported between molecules in order to create ATP, the fuel for our cells.

Q10 is a combination of a ring-like structure and a side chain, which are both synthesized, beginning in the endoplasmic reticulum and ending in the Golgi membranes, where the two pieces are combined. They exist throughout cells in the body, primarily in the mitochondria, but also cross the cell barrier into the bloodstream, where they perform their duties as antioxidants.

Although our bodies produce Q10 on their own, the ability to produce it diminishes as we grow older. Evidence suggests that Q10 deficiencies may relate to mitochondrial DNA damage, some forms of cancer, and cardiovascular disorder, while increased levels of Q10 are associated with degenerative brain diseases such as Alzheimer’s disease. However, it’s unclear if the variation in Q10 is the cause or the effect.

Supplemental Q10 likely enters our bloodstream but isn’t absorbed by individual cells. As such, it likely acts as an antioxidant and protects LDL (good cholesterol) from oxidation, preventing damage from overactive white blood cells in inflammatory diseases and tissue damage that can occur due to cells being deprived of oxygen. These factors are credited in the literature with the bulk of the benefits from supplemental Q10.

Where Can We Find Q10

Q10 can be found in virtually any food, albeit in small amounts. Meats are good sources, especially the organs (liver is a particularly good source of the enzyme), as are many vegetables such as broccoli and parsley. However, since we produce Q10 ourselves, we don’t necessarily need to eat it to get it in our system. However, if you’re not producing enough Q10, it’s unlikely that you’ll make up the difference with your diet. 2 lbs. of beef, a fairly good source of Q10, will only have about 5 g — a supplement will likely contain at least 100 mg.

As the popularity of Q10 supplementation is a fairly recent phenomenon — though an exact year is difficult to pin down, it seems to have begun in the 1980s — the benefits haven’t been fully investigated and scientifically verified. Several studies have looked into the effects and come back with conflicting results.

As Q10 levels decrease with physical activity, researchers have looked into whether or not supplementation has a positive effect on athleticism and physical capabilities. Several studies have looked at cyclists, cross-country skiers, and other endurance athletes, while others observed effects on untrained individuals. In some of these studies, there have been benefits including the ability to breathe in more oxygen and perform better, though others have shown none, and one even found a negative effect. In addition, the individual’s athletic ability didn’t seem to correlate with the effectiveness of the supplement. While not all of these studies were adequately blinded, and many weren’t properly peer-reviewed, they all suffered from small sample sizes, so it’s unclear what to make of them.

Other studies have looked into the possibility of improvements in male fertility as a result of Q10 supplementation. As sperm are simple cells that demand a large amount of energy production, it was hypothesized that low sperm motility could be improved with additional Q10. Again, results are somewhat mixed. A study from 1997 found that incubating a sperm sample in a Q10 solution improved mobility, but only if the sperm was low-mobility to begin with. In other words, it’s not going to supercharge your fertility, but it could bring it up to baseline.

The same study found that 103 days of supplementation improved fertilization rates, though it’s not clear why this might be as none of the measured parameters — concentration, motility, or morphology (number of healthy sperm cells) — varied between treatment and control groups. So it’s possible that Q10 supplementation is only helpful up to a point and those with healthy levels won’t benefit from treatment. This has been somewhat supported by a study that combined the results of several other studies to find that, overall, Q10 doesn’t improve fertility rates. However, taking oral Q10 tablets does increase Q10 levels in seminal fluid, so it’s possible that supplementation could make up for a potential deficiency.

Dosage can also make a key difference. One study noted that the amount of Q10 that one would receive from a typical diet does not have an effect on fertility, but oral tablets have much more Q10 than what an average individual could reasonably consume, so supplementation may be necessary to see an effect. In short, as with physical activity, there’s not enough to say if Q10 helps or not, at least definitively, though it may be worth a try.

Perhaps the biggest link between Q10 and a health benefit comes in the form of cardiovascular health, as supplementation is associated with lower blood pressure and possibly preventing heart failure. Heart failure occurs when the heart can no longer pump blood due to the cardiac muscle not receiving enough of its cellular fuel, ATP. As Q10 is essential in the process of producing ATP, it’s possible that insufficient amounts could play a role in triggering cardiac arrest, though the specific process is not fully understood. Additionally, Q10’s role as an antioxidant could potentially help prevent heart failure — though antioxidants are unable to prevent the enlarging of the heart, which is often a precursor to an attack, they do seem to lessen the likelihood of an attack from occurring following said enlargement. 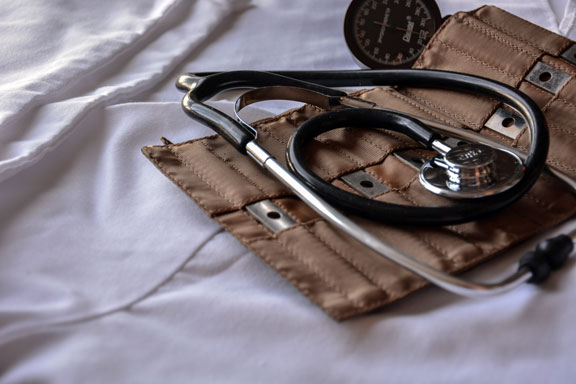 Overall, studies have shown a significant reduction in heart failure following Q10 supplementation, though larger studies are necessary — and perhaps not even possible — to determine whether or not it can prevent severe outcomes (i.e. death) from these heart attacks. Other studies have noted a marked improvement in recovery of patients who take Q10 supplements following heart failure as measured by their ability to exercise after 3 months of therapy.

In terms of blood pressure, our current understanding supports the premise that Q10 could act as an aid in treatment. Oxidative stress in the blood uses up nitrous oxide, leading to the veins tightening and, as a result, increasing blood pressure. The antioxidative properties of Q10 prevent this from happening, possibly lowering systolic blood pressure by up to 17 mmHg and diastolic by up to 10 mmHg without any significant side effects. Though, once again, larger-scale studies — where researchers compare Q10 to other blood pressure medications — are needed before the supplement becomes standard treatment. And while current studies have noted that it appears to be safe to combine Q10 with other blood pressure medications, consult your doctor before you begin supplementing.

The ubiquity of Q10 throughout our bodies suggests that it may have benefits that haven’t been identified as of yet. Small studies have looked at the effect of Q10 on gingivitis and other gum diseases, though there hasn’t been much to report. Others have looked at muscular dystrophy, though they didn’t make any significant findings. And others still have looked to see if supplementation could decrease cancer risk, though, again these didn’t uncover anything as of yet. Overall, the strongest evidence seems to exist for using supplemental Q10 to lower blood pressure and prevent cardiovascular disease, though it’s clear that more studies on Q10 may uncover other benefits.

Since the body should be producing enough Q10 on its own, doctors rarely encounter patients suffering from a deficiency. When it does happen, it can be caused by a genetic defect, though it’s not always the case and scientists aren’t clear on all the potential causes. In addition, screenings can be tricky as blood tests mostly reveal the amount of Q10 the patient has ingested rather than the amount they’re producing or how much is inside their cells. As such, the best method of testing for a deficiency is to take and culture tissue samples.

Due to the rarity of the deficiency, doctors don’t always think to check Q10 levels when diagnosing a patient, though signs of low levels include body spasms, extreme weakness, and evidence of lipid accumulation, all of which point to myopathy, a general term for a muscle disorder.

Side Effects of Q10

Studies looking at risks of Q10 have uncovered very little to worry about. Though some have reported mild nausea in connection with the supplement, it doesn’t worsen with higher doses, suggesting that the nausea may come from the pill delivery system and not the enzyme itself. Other concerns have been a “rebound” effect once an individual stops the supplement, as the body struggles to keep up with Q10 production. This, too, doesn’t have any supporting evidence.

Though typically sold in 100 or 200 mg doses, experiments have given human subjects more than ten times that amount — and animals the equivalent of roughly 25 times that amount — without any reported side effects. Moreover, though every substance is poisonous in the right dosage, research hasn’t yet found that level for Q10. Still, to avoid potential dangers, do not exceed the currently recommended maximum dosage of 1200 mg/day.

Q10 is like a vitamin the body makes for itself. It’s a significant part of the process that produces cellular energy, and deficiencies can lead to a muscular disorder. Fortunately, such deficiencies are rare, as are side effects from supplementing with the enzyme. There are many potential benefits to taking daily Q10, though few have been verified through large scale studies over long periods of time. Some of these benefits include better athletic performance, more energy, higher fertility for men, lowered blood pressure, and improved cardiovascular health. As Q10 toxicity is rare and possibly non-existent, it’s likely safe to combine the supplement with other medicines to treat these conditions, though it’s best to discuss any supplementation with a doctor before beginning the process. Likewise, though studies have looked at very high levels of daily Q10 doses without detecting any side effects, it’s best to stay under the recommended maximum dose of 1200 mg/day.