Our Guide To Restless Legs Syndrome

Restless legs syndrome (RLS) is a disorder that causes an uncontrollable urge to move the legs. This condition can make it difficult to sleep and can cause daytime fatigue. Restless leg syndrome affects the nerves, causing an overwhelming desire to move your legs. It often comes with pain, throbbing, or other unpleasant sensations. Symptoms frequently worsen when inactive (such as sitting or lying down).

The desire to move your legs, especially when sitting or lying in bed, is the most known symptom of RLS. However, you may also experience unusual sensations in your legs, such as tingling, crawling, or pulling.

If you have mild RLS, you may not experience symptoms every night. You could attribute these movements to stress, restlessness, or nervousness.

It’s hard to ignore severe cases of RLS. It can make it challenging to do the most simple activities, such as going to the cinema or a long plane ride.

Symptoms typically affect both sides of the body, but some people only have them on one. Other parts of the body, such as your arms and head, can be affected by RLS. Symptoms of RLS worsen with age in the majority of people.

The cause of RLS is unknown. However, genetic factors and environmental triggers may be contributing factors.

More than 40% of RLS patients have a family history of the condition. Five gene variants have been linked to RLS. Symptoms usually appear before the age of 40 if it is hereditary.

Even if blood tests show that your iron level is normal, there may be a connection between lower iron levels and RLS.

RLS may be caused by a disruption in the brain’s dopamine pathways. Dopamine is also linked to Parkinson’s disease. This could explain why so many people with Parkinson’s disease also have RLS. Both conditions are treated with some of the same medications.

Certain substances, such as caffeine or alcohol, may cause or worsen symptoms.

RLS can occur at any age. But, it becomes more common and severe in women over the age of 40.

Some women experience RLS during pregnancy, especially in the third trimester. Luckily, this clears in a few weeks post-delivery.

RLS can be caused by peripheral neuropathy, diabetes, and kidney failure. Medications like antinausea, antipsychotic, antidepressant and antihistamine drugs may also cause restless legs symptoms.

There is no single test that can confirm or exclude RLS. Therefore, your description of symptoms will be used to make a substantial part of the diagnosis.

To be diagnosed with RLS, all of the following conditions must be present:

Your GP will perform blood tests to look for iron deficiency and other deficiencies or abnormalities. If there are any indications that it is something different than RLS, they may refer you to a sleep specialist, neurologist, or other specialists.

RLS may be more difficult to diagnose in children who cannot describe their symptoms.

Medication will not cure RLS, but it will help manage the symptoms. It may take several tries to find the proper remedy. As your symptoms change, your doctor will adjust the medication and dosage accordingly.

Nausea and mild lightheadedness are possible side effects. In addition, they can cause impulse control disorders, daytime sleepiness, and worsening of RLS symptoms in some people.

Magnesium supplements may help alleviate the symptoms of restless legs syndrome. In addition, magnesium glycinate is sometimes used as a conventional or alternative remedy for treatment, mainly when magnesium deficiency contributes to symptoms.

Increasing magnesium levels makes it much easier for muscles to relax. This could be due to its calcium-blocking abilities, which help regulate nerves and muscles rather than allowing calcium to “activate” the nerves. When magnesium deficiency contributes to RLS, getting more magnesium is highly effective.

One potential cause of RLS is vitamin D deficiency. Vitamin D is a hormone that helps regulate muscle movement, and a lack of vitamin D may contribute to RLS development. Studies have shown that people with RLS are more likely to have low vitamin D levels than those without RLS.

There is some evidence that supplementing with vitamin D may help improve symptoms of RLS. One study found a possible association between vitamin D deficiency and RLS. 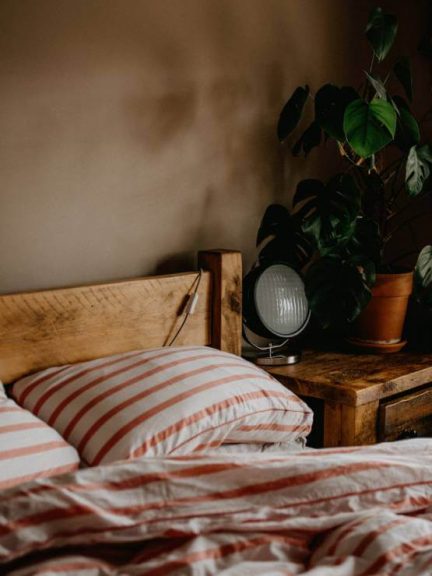 Making changes to your exercise routine, diet, and medications are just some of the ways you can improve your RLS. Let’s take a look at some home remedies:

Relax by taking a warm bath or shower before going to bed. Applying cold or warm compresses to your legs might also relieve the pain.

If you’re experiencing tingly sensations from RLS, the temperature of the compress may also distract your muscles.

Make it part of your routine to stretch your legs and flex your ankles daily.

If travelling, select an aisle seat on a plane and ensure to get up and move around regularly. The same applies to a movie theatre.

Frequent massages may also decrease the symptoms of restless legs. In addition, visiting a professional weekly or learning new skills at home is a great way to manage restless legs syndrome.

Check All Your Medications

Discuss all of the medications you take with your doctor, including those that do not require a prescription.

Some allergy and cold medications, antidepressants, antipsychotics, and antinausea medications, for example, may exacerbate RLS symptoms. However, there are alternative options that you could try in their place.

Exercise is an excellent way of decreasing symptoms of restless legs. But, you should avoid abrupt changes in your activity level, such as beginning to train for a marathon or abruptly discontinuing your usual routine.

Giving up coffee, chocolate, caffeinated sodas, and other caffeine-containing foods may help you relax and sleep better.

While alcohol may help you fall asleep, it will also wake you up in the middle of the night. Restless legs may become even more bothersome when this occurs.

This is something that everyone should do, but it is even more important if you have RLS. Some cases of RLS have been linked to a lack of iron. Therefore, iron supplementation may be beneficial.

Improve your sleeping habits by: